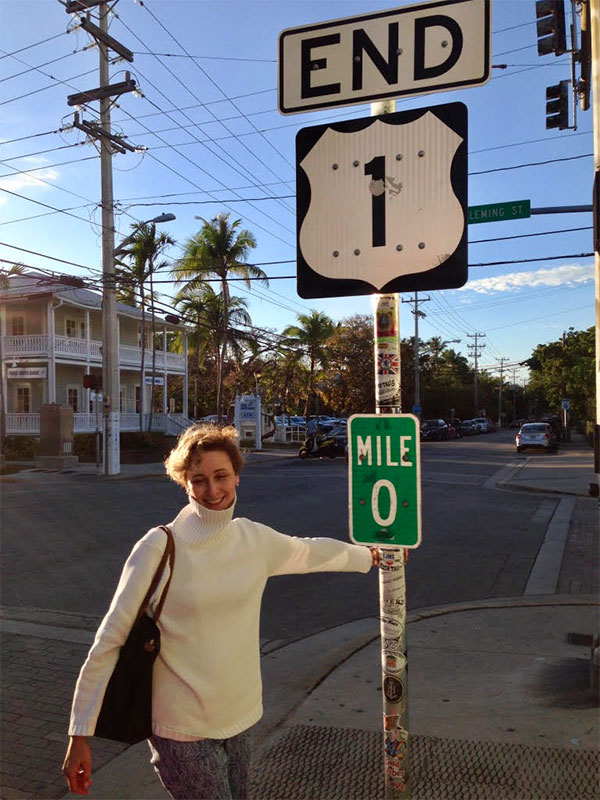 The English word “service” was adopted into the Russian language thanks to the writers  Ilf and  Petrov.  The particularly famous books they wrote together are “The Twelve Chairs” and “The Golden Calf”.  The word “service” is explained in their other book, “Single-storey America”, which in fact is a travel diary written in 1935-1936 when they left troubled Soviet Russia to get to know capitalism as it was and tell their compatriots about things they have seen. “Service” they described, with admiration, as kind attention to clients, and more  broadly – as a stable and well-organised life.

Below are a few of my favourite quotes from “Single-storey America” (1937).

“The beauty of service is –  it is as essential and unnoticed, as air.”

“We are used to laundrettes, where they not only wash clothes but also darn if necessary, and if cufflinks are forgotten in the sleeves of a shirt, they will be attached to your clothes in a special envelope with an advertising of the shop printed on it.  We have stopped noticing ice in water served  in restaurants, cafes and pharmacies, stopped noticing that at gasoline stations they give free information and road maps, and in museums they give free catalogues and booklets.

“The price tag for the pears read five cents apiece.  We asked for four pears.  Then the salesman, putting the fruit in a bag, said:

– “The price is twenty cents for four pears, but I sell six for twenty-five cents. And if you give me another five cents, you get not one pear, but two.

– But it’s not written anywhere about this discounted price!

Service implies honesty. Putting the sixth pear in the bag, the seller just served the client in the best possible way.

“Not only to serve, but also to save from mistakes”

Telegraph Bureau “Western Union”: “A young man took our telegram, pulled out his pencil from behind his ear,  quickly calculated the words, and said:

We took out the money.

– “This telegram,” said the young man, “will be delivered to Moscow today.  But maybe you want the telegram to arrive tomorrow morning?  It is a congratulatory telegram, and I think your addressee will be happy to receive it tomorrow morning”.  We’ve agreed with that consideration.

– In that case, the price will be different.

The young man took a piece of paper, did some calculations and said:

Seventy cents saved!  We were beginning to like the young man.

– Sir, maybe you want to send a telegram in yet another way?  We have a preferential rate for so called telegraphic letters.  Such a telegram will come a little later and cost a dollar and a half, and you have the right to add another eight words.

We spent almost an hour at the bureau.  The young man wrote up a few sheets of paper, dug through his handbooks and eventually saved us another dime.

…he took more care of our wallet than we ourselves did.  This employee – on New Year’s Eve, when one so much wants to go home – he did not just seem perfectly patient with his clients.  He seemed to be a loyal friend whose duties were not only to serve us, but also to take care of us, save us from our mistakes.

“There must be a limit to automation!”

“The walls of this machine are full of glass cabinets.   Next to each of them is a slit for inserting a “nickel” (five-cent coin).  Behind the glass one can see a sad-looking plate of soup, or meat, or a glass of juice, or a pie.  Despite the shimmering glass and metal, imprisoned sausages and cutlets make a strange impression.  They are as pitiful as cats in an exhibition.  A man inserts his nickel, gets a chance to open the door, takes out the soup, carries it to his table and eats it there…  Then the person comes to the faucet, puts the nickel down, and from the faucet to the glass flows exactly as much coffee and milk as it is supposed to.  There’s something offensive about it.  You begin to suspect that the owner of the machine has no intention to please and  surprise customers, no, he wants  to fire those poor girls with curls and little pink hats, and get more dollars.  But vending machines are not that popular in America.  Apparently, the owners themselves feel that there has to be a limit to rationalisation.  This is why there are a lot of normal restaurants for middle class people where they can take a little pleasure to say “mmm!”, ask the waitress if the veal is good, and get the answer: “Yes, sir!”

What Can One Do About Wasps?

When the script runs out…

Customer Service After Virus – A Reminder to Directors, March 2020

«Shall I tell you something?..»