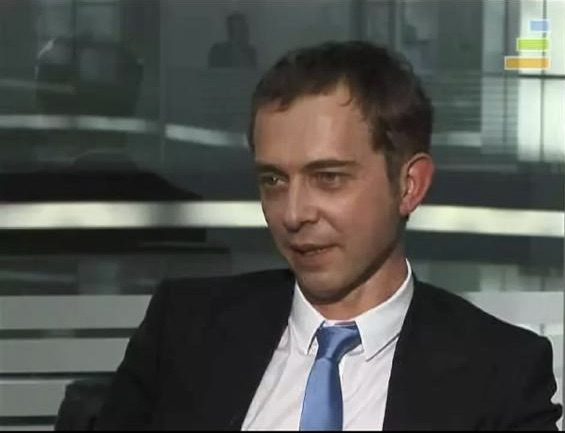 In autumn 2010, Pavel Gurin, Chairman of the Management Board of Raiffeisenbank, supported the initiative of the Association of Russian Banks to establish the post of Financial Ombudsman.  From the Association, Andrei  Emelin was leading this initiative.  In Raiffeisenbank, Pavel asked me, head of service quality management department, to  collect information on how ombudsman works in Austria and how it might work here.  We both thought that there was little hope that the idea would work out in Russia.  However, the ombudsman-to-be was Pavel Medvedev, and it was an honor to try to support him.  Raiffeisenbank not only supported the idea, but also paid special fees to the Association to support the institution, and the Ombudsman’s office was soon launched in the Association.  Unfortunately, they worked very formally from the very beginning.  When a client complaint was escalated to them they – they simply sent it back to the client’s bank, without any recommendations.  We discussed a couple of cases about delinquent mortgage loans with our colleagues from the risks, and risk people were annoyed. Why should the bank “forgive” a borrower who does not pay? Why the principle “cut your clothes according to your cloth” should not work?  My answer was:  we have a chance to reconsider this case and use the opportunity to help a family in difficulty.  The unhappy borrower is weak in front of the bank, which is big and strong.  The bank has it’s chance to help someone and to learn from this.

This article appeared on russiaonline.  The site seems to be not available any longer.

“Neither a borrow or a lender be”, said Polonius to his son in Shakespeare’s Hamlet.  It seems that an old tradition of aversion to lending and lenders exists in Europe.  It certainly does in Russia, but here it is more rancorous and fervid.  Loathing for those in the money business is in our DNA.  To see how deeply rooted this abhorrence is, you just have to re-read Pushkin, Dostoyevsky,Chekhov or any other classical writer.

There is nothing rational, let alone fair, in this attitude, yet people aren’t rational.  Now when the time has come to pay for the borrowing spree of the last decade, this peculiarity of the human mind – or at least the Russian mind – becomes an economic and political reality.

Nearly ten billions of dollars or 7.5% of consumer debt has fallen behind on payment .  Non-business related personal borrowings exceed $127 billion.  The figure isn’t big enough to pose a threat to the economy but it shows that millions of people are affected – and affected on a very direct, personal level.

If depressing yet not unfamiliar in the West, the situation is new for Russia: never before, quite literally, have so many owed so much to so few.  After 70 years of the Soviet state, with its partriarchal attitude ti oersinal finance, and then a decade of economic jumble, the nation has dipped into a dizzy emporium of easy credit.  Ovr the past few years Russia has trumpeted the virtues of giving people more control over their financial lives and for the first  time in Russian history, people started borrowing so massively, in such a mandane manner.

Most Russians don’t have a clue about finances

Behind this dazzling façade hides a bleak reality: most Russians don’t have a clue about finances.  The depth of our ignorance in money matters is startling.  Many individuals don’t know the terms or the interest rate of their loans.  Simple things like schedule of payment, charges or penalties confuse amazingly many people.  Slightly more sophisticated topics like the difference between a loan and an overdraft or what the compound interest is baffle the majority of borrowers.

Alexander D., a 32-year-old driver from Rostov-on-Don, a large city in the south of Russia, borrowed about $5000 to finance a small renovation in his flat. Roughly a year later he discovered that he owed $16000.  He switched to another bank, one of the largest in the region, but that was out of the frying pan into the fire.  The bank hired debt collectors and Alexander sold his flat with a market value of $100000 for $60000 – just a fraction above what he had to pay to the bank.  He, his wife and two children became homeless.

This sounds obvious, but the state must interfere. A nationwide system of financial education could be a step forward. Researches in America and Europe have shown that even basic teaching of finance had a surprisingly large positive impact on the economy.  Another move in the right direction could be the creation of a consumer financial-protection agency that would curb the banks most predatory practices.  The Kremin, however, does nothing.  It is hard to believe that in a country with a population of 140 million there is no law on personal insolvency.  In the 21st century, when we are borrowing more than ever, the legal framework is reminiscent of the Middle Ages.

It is not surprising then , that some banks, mostly foreign, are trying to bring in some raison d’être into this Russian balagan or at least distance themselves from it in the public eye.  Several banks and the Association of Russian Banks have recently announced that they are establishing a financial ombudsman service, a dispute resolution mechanism that is separate from the state courts, easily accessible by customers, speedy and inexpensive.

Yet it is not so much about litigation or saving on lawyers’ fees.  Though there are some benefits for legal departments (the practice across the country may become more consistent), the point is to make customers hear what banks have to say, and, probably, listen back.  “For us”, says Nina Wechsler, head of the client department of Raiffeisenbank, “it is important that we are promoting a dialogue between the banking and non-banking community and new players can join if they wish.”

The bank community’s initiatives are useful, but they are not enough in their own, because the regulated lending business is just the tip of the iceberg.  The death of 48-year-old Igor Merkind did not stop his creditors.  His brother Yuri undertook to pay his debt of $65,000. He had a small printing business.  Business did not go well; he took new loans to pay old ones and to expand the business.  The debt, now his, continued to mount up.  In four years he owed $740,000 to several banks and individuals, an amount he could never pay.  He bought a gun and shot his wife and two daughters, eight and fifteen years old. “I could do something about the banks”, he said to the court. “But what about private lenders? Nothing. I was being threatened last year. I knew exactly what to expect.”

The state of affairs reveals something very important about Russian law – its weak, fictitious nature that looks imposing in textbooks but fails to operate when times are hard.  It tells us something about politics too.  In theory, democracy is about enabling little guys to band together into a real political force.  Russia is a peculiar in that here what the littlest guys, the voters, think doesn’t matter.  For the Kremlin grassroot pressure doesn’t exist, at least I the conventional way.

When millions of people are involved, either directly or through a close personal connection, in something that concerns them in a very material way, surprises are possible.  In the early 1990s many people lost their savings through hyperinflation.  October 1993 brought the deadliest street fighting in Moscow since 1917, a new government and a new Constitution.  Soon we will see whether a bunch of tough guys on your doorstep calling for your car, your flat or your daughter matter more that an inflation rate of two thousand percent a year. This level of delinquent loans is not dangerous

By the end of August the overall borrowing by individuals was 3.8 trillion roubles of which 7,5% was overdue.  With the onset of the crisis lending to individuals began to fall and in 2009 decreased by 11%, while the quantity of the loan portfolio deteriorated – overdue loans have increased from 3.7% to 6.8%.  In 2010 lending to individuals began to recover % for 8 months of the year the loan portfolio has increased by 6.5% and the quality has stabilized – in the beginning of the year the amount of overdue loans have raised to 7.4 – 7.5% and stopped at this level.

This level of delinquent loans, in my opinion, is not dangerous for the banks. Moreover, the banks’ reserves exceed the level of outstanding debt almost two times. We do not expect the burst of overdue debts of individuals, so that the loan portfolio and the banks’ work with individual debtors should eventually reduce the level of problematic loans. We need a dialogue

We hope that for us an ombudsman can be a partner in conversation, someone who can validate our arguments and point of view.

In some cases we take decisions in favour of clients even if the oreviously sined contract or the “letter of law” are on our side. You compromise if you want a long-term relationship. At the same time, we hope that an ombudsman will be able to confirm, when necessary, that contracts have power and consumers should not throw stones into banks expecting them to satisfy all demands.

For us it is important that we are promoting a dialogue between the banking and non-banking community, and new players can voluntarily join in.

Dreams of Casablanca and the Ten Commandments of the Lender

Banker To The Poor